New programmers and non-technicians have long confused Java and JavaScript, but their only common feature is the word “Java”. Each is a programming language that is useful in its own way, and each has its strengths compared to the other.

Before we move into the explanations of the difference between Java and JavaScript it is of paramount importance that we explain the two concepts (Java VS JavaScript).

Java is a universal, object-oriented, class-based programming language that has a few implementation dependencies as possible. The purpose is to enable application developers to write and execute once. This means that compiled Java code can be run on all platforms that support Java without having to recompile. Java applications are generally compiled into bytecode that can run on any Java Virtual Machine (JVM) regardless of the architecture of the underlying computer.

Java syntax is similar to C and C ++ but has fewer lower-level resources than both. In 2019, with a report from 9 million developers, Java was one of the most popular programming languages ​​used by GitHub, especially for client-server web applications. The above definition has the rudimental elements that will go on to help in explaining the difference between Java and JavaScript.

The Java VS JavaScript concept is a saga that stretches for years back. Originally Java was developed by James Gosling at Sun Microsystems and was released in 1995 as a core component of Sun Microsystems Java platform.

The original Java compilers, virtual machines, and reference class and implementation libraries were originally released by Sun under proprietary licenses. By May 2007, Sun had sublicensed most of its Java technologies under the GNU General Public License in accordance with the Java Community Process specifications.

At the same time, other alternative implementations of these Sun technologies have been developed, e.g. the GNU compiler for Java (bytecode compiler), the GNU classpath (standard libraries) and IcedTea-Web (browser plug-in for applets).

About the latest version of Java

Oracle (and others) strongly recommend that you uninstall older versions of Java because of the serious risks associated with unresolved security issues. Since Java 9 (and 10 and 12) is no longer supported, Oracle recommends that users immediately upgrade to the latest version (currently Java 13) or an LTS version.

What are the major Java Versions?

Below are major release Java versions, along with release dates:

As we disclosed earlier. The difference between Java and JavaScript cannot be fully explained if we don’t define the two concepts. Now, in a bid to balance the explanations of the Java VS JavaScript concept we like to answer the question. What is JavaScript?

JavaScript, usually abbreviated as JS, is a programming language that consonants with the ECMAScript specification. JavaScript is at a high level and is often only compiled in time and with several paradigms. It has syntax in curly brackets, dynamic typing, object orientation based on a prototype and first-class functions.

Alongside HTML and CSS, JavaScript is one of the main technologies of the World Wide Web. JavaScript enables interactive websites and is an integral part of web applications. The vast majority of websites use it for client-side behavior, and all major web browsers have a dedicated JavaScript engine to run it.

As a multi-paradigm language, JavaScript supports event-driven, functional and mandatory programming styles. It has APIs – application programming interfaces for working with dates, text, regular expressions, standard data structures and the document object model (DOM). However, the language itself does not contain any input/output (I / O) like network, storage, or graphical installations because the host environment (usually a web browser) provides these APIs.

Originally used only in web browsers, JavaScript engines are now integrated into implementations of server-side websites and browserless applications.

Though there are this that JavaScript and Java have in common which includes the language name and syntax and the respective standard libraries, the two languages ​​differ and differ significantly in design.

What are Java frameworks?

Frames or frameworks are large pieces/bodies of pre-written code to which you add your own code to solve a problem. You can use a frame by calling its methods, inheriting and providing callbacks, listeners, or other implementations of the models.

A Java framework often determines the structure of an application. Some Java frameworks even offer so much code that you only have to do very little to write your application. This can be good or bad depending on usability. Frames or frameworks are the substance of programming. It is based on a good program, is solid and fast and can be combined perfectly. You build on a bad one; your life is miserable, brutal and short.

These are the top 10 JavaScript frameworks in 2020. What is your favorite?

Google Web Toolkit (GWT) is a completely free open-source Java framework that allows developers to write client-side Java code and define it in JavaScript. Many Google products like AdSense, Google Wallet and Blogger are written with GWT.

With GWT, developers can quickly and easily code complex browser applications. You can also develop and debug Ajax applications in Java. The amazing thing about GWT is that you can write complex browser-based applications without having to be familiar with front-end technologies such as JavaScript optimization or responsive design.

Grails is a dynamic framework invented by the Groovy JVM programming language. It is an object-oriented language for the Java platform that aims to improve developer productivity. The syntax is Java compatible and is compiled in the JVM bytecode (Java Virtual Machine). Grails works with Java technologies including Java EE, Spring, SiteMesh, Quartz and Hibernate containers.

It is a responsive web and mobile Java framework for highly scalable Java applications. With Play, you can develop easy and user-friendly Java and Scala applications for the web and mobile interfaces. It is often compared to powerful frameworks from other languages, e.g. B. Ruby on Rails for Ruby or Django for Python.

Play is a unique Java framework because it is not based on Java EE standards. Instead, all the disadvantages of traditional Java web development such as slow development cycles, many configurations and much more are to be eliminated. Play Framework is based on the Akka Toolkit and cuts off the creation of simultaneous and distributed applications on the Java Virtual Machine.

What is the JavaScript framework and why use one?

Frames are more adaptable to website design and are therefore preferred by most website developers. JavaScript frameworks are a kind of tool that makes working with JavaScript easier and more fluid. The developer can also use these frames to code the application as a responsive device. This responsiveness is another reason why JavaScript frameworks are very popular when using high-level machine language. Let’s take a look at the best JS frames in 2020.

The angular framework is one of the most efficient and open-source JavaScript frameworks available. Google uses this framework and is implemented to use it when developing a single page application (SPA). Expand the HTML code in the application and interpret the attributes to carry out the data binding.

The React framework created by Facebook quickly became more and more popular. It is used to develop and operate the dynamic user interface of websites with high incoming data traffic. It uses a virtual DOM and is, therefore, easier to integrate into any application.

Although this JavaScript framework was developed in 2016, it has already appeared on the market and has proven itself through various functions. The feature known as the dual integration mode is regarded as one of the most interesting and attractive features for creating high-end SPA or even a single-page application. It is a very reliable platform for cross-platform development.

The launch of Ember.js on the software market in 2015 has gained popularity with its wide range of applications. The functionality of Ember.js supports bidirectional data binding and thus creates a reliable platform for the administration of complex user interfaces. Popular websites such as LinkedIn, Netflix, Nordstrom and many others use the Ember.JS platform for their websites.

The Meteor application area (also known as Meteor.js or MeteorJS) bears the name itself because it varies because it covers almost most software developments. The uses of this framework include important areas such as core development, database management, business logic, and front-end rendering.

Mithril is a client-side JavaScript framework that is mainly used when developing applications with only one page. Since no functions are derived from a base class, the implementation of the framework is easier. It is small (<8 kb gzip), fast, and offers XHR routing and ready-to-use utilities. It has similar properties to React.

Check Out our Tutorial on The complete Modern Amazon clone: Guide to Angular 5 And Node.Js

A polymer is an open-source JavaScript library developed by Google that can be used to create website elements without accessing a complex level. In addition, it supports unidirectional and bidirectional data connections, which extends the application area.

Aurelia Framework is the latest version of JavaScript with which any interface can be implemented. It is the next generation of frameworks for developing much more robust websites. Aurelia’s framework can extend HTML for a variety of purposes, including data linking. In addition, modern architecture guarantees that the goal of the toll is both client-side and server-side interpretation.

It is one of the most popular JavaScript frameworks. It is easy to understand and learn. It can be used to create one-page applications. The development of this framework implies the idea that all server-side functions must go through an API that would help achieve complex functions by writing less code.

Java vs JavaScript: Similarities between JavaScript and Java

Although they differ, there are some high-level similarities that should be considered, especially when you look at web development when comparing JavaScript with Java.

In both languages, the developer must mutually encode objects and their relationships. In detail, it enables the two languages ​​to access techniques such as inheritance, encapsulation, and polymorphism.

Both languages ​​can be used in front-end development aspects. JavaScript can be integrated directly into HTML and implemented as a framework or library. Java can be used as a Java applet.

Both languages ​​can be used on the server-side. Java has long been used to operate back-end technologies such as Apache, JBoss, and Websphere. Node.js has become a launchpad for servers running JavaScript.

Difference between Java and JavaScript

JavaScript is a simple programming language (“scripting language”) and is used to make websites interactive. You can insert dynamic text in HTML. JavaScript is also known as the browser language.

JavaScript (JS) is not similar or related to Java. Both languages ​​have C as their syntax and are commonly used in client-side web applications, but there are just a few similarities.

Java is an object-oriented programming language and has a platform for virtual machines that you can use to create compiled programs that run on almost all platforms. Java promised: “Write once, execute everywhere.”

Here are a few differences: between Java and Javascripts

Programming Languages and Scripting Languages are quite different. One is used for Standalone Software development while the other goes for Web Applications.

Javascript and Java are very important as they top the chart of most used Programming and Scripting Languages. With the Introductions of Frameworks, these Languages are most used in applications.

.Jar files are Java files while .js files are javascript Files. That should be the first Difference between Java and Javascript. 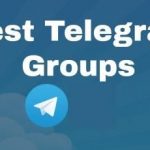 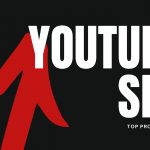 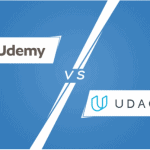 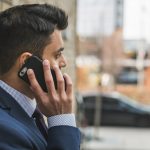 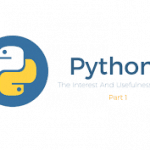 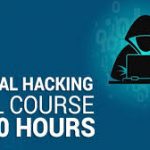 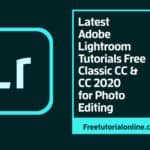 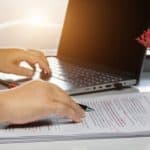 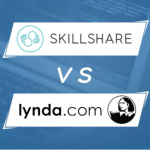 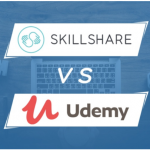